Reggae in Joburg – Bassline on a Thursday night

Right in the City of Gold’s Central Business District (CBD) is a the popular dancehall-reggae hotspot called Bassline. On a Thursday night the venue opens up to lovers of Jamaican culture for fulltime raving, enough to fill any reggae fix.

Dancehall music is called “Ragga” here and Bassline plays both Ragga and Reggae. We got there sometime after 12:30 and I could hear Diwali riddim bumping inside. On the outside were 2 bredrins selling their wears- badges of H.I.M, Steve Biko, Mandela, Red-Gold-Green tams and jewellery, and one was selling shirts from his own brand Ubuntu. We got in for 100 Rand each (1000 J’can/10 U.S) and the place was ram being that it was the day before a holiday and also payday time so every crew came out that night.

There are two levels facing a stage and everywhere was full, more than 500 people for sure . On stage was DJ Jah Seed, a Zimbabwean reggae artist/DJ living and working in South Africa, spinning the tunes that the had the place in a frenzy. There were the same characters that you would see in any dancehall- the dreadheads, the hot girls, the rudeboys, the dancers and the obligatory White Ras. On stage, Joburg’s dancehall massive- SA Dancehall Queen Palesa and others- performed all the Jamaican moves from the last ten-fifteen years. We were also lucky enough to get a short set from South African born reggae legend Lucky Dube’s daughter too.

The most major difference was that many of the riddims and songs played here wouldnt be played in a present day dance in Jamaica because they are out of date to us. It is understandable though, all old hits and classics and I remember the same thing at clubs when I was living in New York. There are just some songs that get loved in some locations… Seriously, who can explain why Celine Dion gets played so much in Jamaica?

DJ Jah Seed wasn’t playing only old tunes though. Some of the tunes were unknown to the patrons but we knew them; riddims that have only dropped since year- Sneak Preview Riddim from my bredrin Gutty Bling and Claims Records,

There was constant respect paid to elders and ancestors; Mandela and Lucky Dube were constantly mentioned. When Jah Seed segued into rocksteady and roots reggae the tunes were played out in their entirety. It was real listening to the Wailers “Zimbabwe” in a room packed with Zim folk. Burning Spear sang out “Do you remember the days of slavery” and DJ Jah Seed asked the club “Do you remember the days of apartheid?”

A must stop spot for anyone looking for Jamaica in Joburg 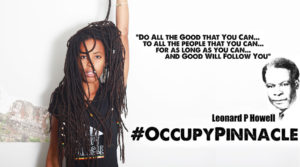