Who is Walter Rodney?

Walter Rodney was born in Georgetown, Guyana on March 23, 1942 -his father was a tailor and his mother a seamstress. After attending primary school, he won an open exhibition scholarship to attend Queens College as one of the early working-class beneficiaries of concessions made in the filed of education by the ruling class in Guyana to the new nationalism that gripped the country in the early 1950s.

While at Queens College young Rodney excelled academically, as well as in the fields of athletics and debating. In 1960, he won an open scholarship to further his studies at the University of the West Indies in Jamaica. He graduated with a first-class honors degree in history in 1963 and. he won an open scholarship to the School of Oriental and African Studies in London. In 1966, at the age of 24 he was awarded a PhD with honors in African History.

His doctoral research on slavery on the Upper Guinea Coast was the result of long meticulous work on the records of Portuguese merchants both in England and in Portugal. In the process he learned Portuguese and Spanish which along with the French he had learned at Queens College made him somewhat of a linguist.

Walter took up his first teaching appointment in Tanzania before returning to his alma mater, the University of the West Indies, in 1968. This was a period of great political activity in the Caribbean as the countries begun their post colonial journey. But it was the Black Power Movement that caught Walter’s imagination. The issue of empowerment for the black and brown poor of the region was being debated among the progressive intellectuals. Rodney, who from very early on had rejected the authoritarian role of the middle class political elite in the Caribbean, was central to this debate.

He took his message of Black Liberation to the gullies of Jamaica. In particular he shared his knowledge of African history with one of the most rejected section of the Jamaican society-the Rastafarians.

By the summer of 1968 Rodney’s “groundings with the working poor of Jamaica had begun to attract the attention of the government. So, when he attended a Black Writers’ Conference in Montreal, Canada, in October 1968, the Hugh Shearer-led Jamaican Labor Party Government banned him from re-entering the country. This action sparked widespread riots and revolts in Kingston in which several people were killed and injured by the police and security forces, and millions of dollars worth of property destroyed. Rodney’s encounters with the Rastafarians were published in a pamphlet entitled “Grounding with My Brothers,” that became a bible for the Caribbean Black Power Movement.

Having been expelled from Jamaica, Walter returned to Tanzania after a short stay in Cuba. There he lectured from 1968 to 1974 and continued his groundings in Tanzania and other parts of Africa. This was the period of the African liberation struggles and Walter, who fervently believed that the intellectual should make his or her skills available for the struggles and emancipation of the people, became deeply involved.

In 1974, Walter returned to Guyana to take up an appointment as Professor of History at the University of Guyana, but the government rescinded the appointment. But Rodney remained in Guyana, joined the newly formed political group, the Working People’s Alliance. Between 1974 and his assassination in 1980, he emerged as the leading figure in the resistance movement against the increasingly authoritarian PNC government. He give public and private talks all over the country that served to engender a new political consciousness in the country. During this period he developed his ideas on the self emancipation of the working people, People’s Power, and multiracial democracy.

On July 11, 1979, Walter, together with seven others, was arrested following the burning down of two government offices. He, along with Drs Rupert Roopnarine and Omawale, was later charged with arson. From that period up to the time of his murder, he was constantly persecuted and harassed and at least on one occasion, an attempt was made to kill him. Finally, on the evening of June 13, 1980, he was assassinated by a bomb in the middle of Georgetown

A Selection From “Walter Rodney Speaks: the Making of an African Intellectual“
African History in the Service of the Black Liberation
Walter Rodney Selected Quotes

Links on Walter Rodney’s legacy in contemporary news and views:

An Editorial Column/Blog by David Hinds on Guyana, Caribbean and African Diaspora Politics and Society
A reflection on Walter Rodney’s continuing relevance 27 years after his assassination in Guyana on June 13, 1980 by By Wazir Mohamed
Government Documents expressing concern on ‘ The Rodney Problem’
guyana rastafari university of the west indies walter rodney
0
Next Post 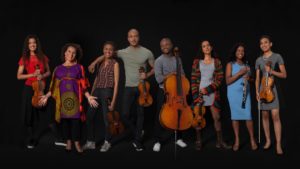 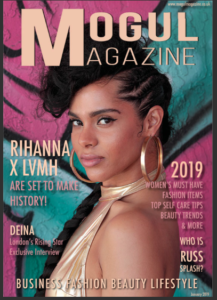